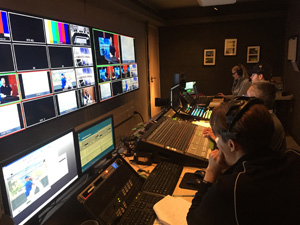 Tri-Valley Community Television been broadcasting since 1976 and is the government and public education channel serving the cities of Dublin, Livermore, and Pleasanton, California. Known to many as TV30, the station operates channels 28, 29 & 30 on the Comcast Cable System, broadcasting to a population of over 300,000 people. Viewers from Napa to San Jose and the surrounding Bay Area can also see us on AT&T U-Verse, channel 99, click on Dublin, Livermore or Pleasanton. Watch TVCTV live on your computer, smart phone or tablet 24/7. No app required available at tv30.org. The station LIVE STREAMS its broadcast signal at tv30.org where Video On Demand is also available.

Tri-Valley Community Television provides locally focused programming which includes public meetings, such as the city council meetings of each of the three participating jurisdictions, as well as the Pleasanton School Board, the Dublin School Board, the Livermore School Board and the Zone 7 Water District. 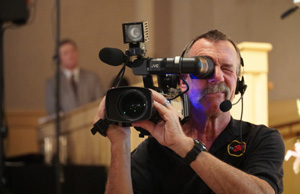 Tri-Valley Community Television is a California non-profit public benefit corporation under Internal Revenue code section 501(c)(3). The corporation is governed by a three member Board of Directors comprised of the Mayors of the cities of Dublin, Livermore, and Pleasanton

Board of Directors:
Board Meeting are normally scheduled quarterly, the third Thursday at 3:00pm. For more information contact TV30 at 925.462.3030